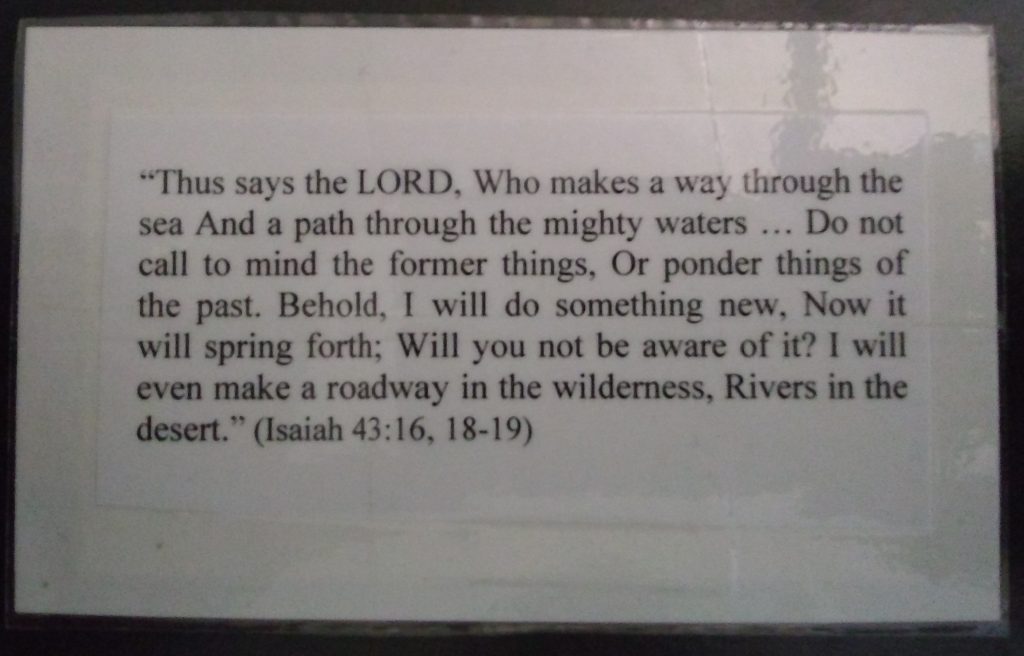 and these conclusions drawn from them … 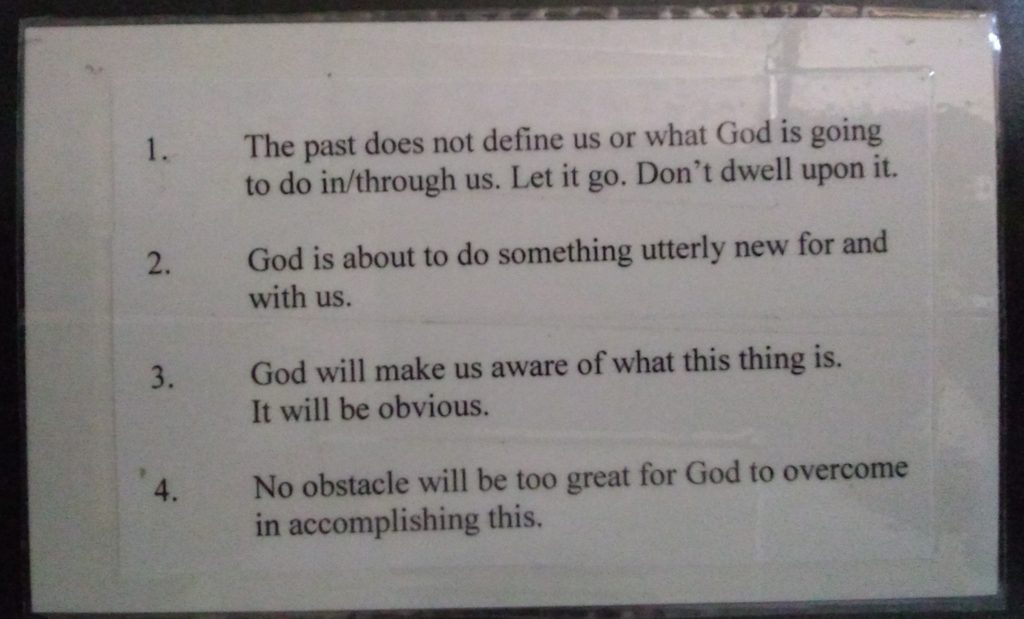 Lord, enable us by your Spirit to follow joyfully, faithfully and fruitfully. Amen!

Good AT and Good FOR

We all want to figure out what God wants from us. What is His will for your life? What does He require of you? What ought you to be and do? 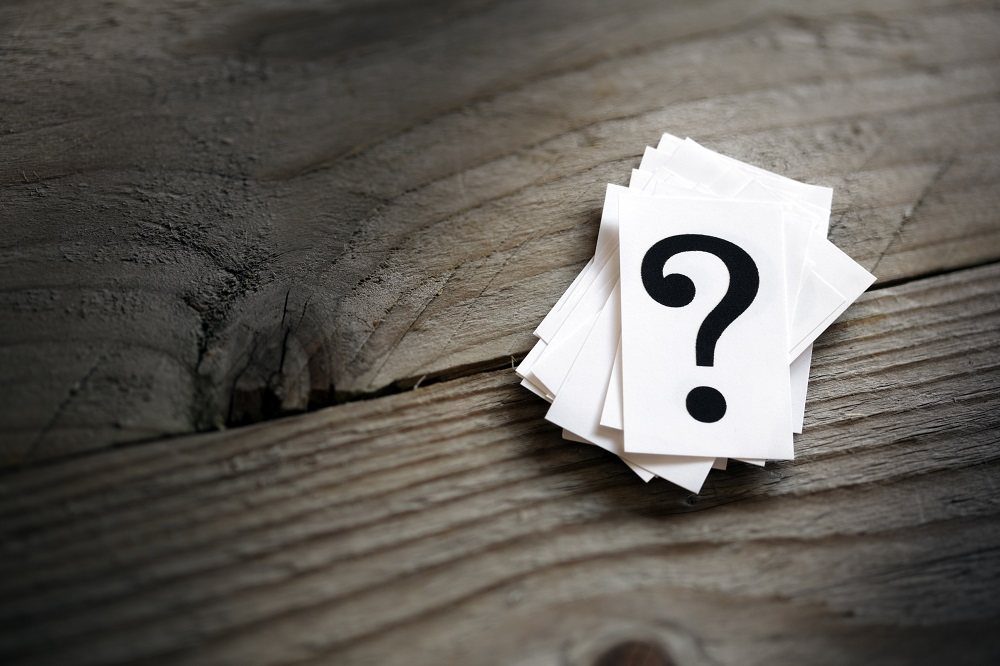 It struck me not long ago that in pursuit of answers to these kinds of questions we each must consider not only what God has made me good at, but also what has God made me good for.

The answer to the former is found in discerning what God has done in imparting to you spiritual gifts, natural talents, and shaping experiences. Figuring out what you are good at is a matter of competency and skill. You might be good at car repair, football, sewing, computers, baking, nuclear physics, etc.

The answer to the latter is found in discovering and discerning what God has done in shaping your heart. Discovering what you are good for is a matter of calling and character. It is harder to quantify this isn’t it? In fact it might be easier to describe what you are no good for – things for which you just don’t have the heart and for which you just can’t sustain the passion.

Both are vital. But it seems to me that a person might be good at certain things, but also only good for doing that in a certain arena or for a certain cause or purpose. You can use gifts, talents and the like for many things. After all a great writer could compose cheap and bawdy literature that debases the human soul or she could write with style and substance that imparts life and hope to her readers.

So are you asking more questions about what you are good at or what you are good for? Some people would settle to know what they are good at. They would love to be the best in the world (or even in their school or family or on their block) at something. But that can be an ego-driven matter. We need to know what God has made us good at, but we can’t stop there.  We must know what God has made us good for. For then we can not only do our best, we can do it for the glory of God and with all the passion and purpose for which He gave us the abilities in the first place. When we discover what we are good for we begin to move from just doing, to doing as doxology.

The longer I live I find myself asking more of the second level questions than the first level. I’m wondering if that’s the case for you too.

Today the world learned of the passing of Warren W. Wiersbe—man of God, student of the Bible, devoted family man, prolific author, and gifted Bible teacher.

I first became aware of Warren Wiersbe as I was trimming azalea bushes just outside Columbia, South Carolina in the early 1980’s. I worked on the grounds crew at a large condominium complex while working my way through seminary. While I worked I listened to Dr. Wiersbe teach the Bible on the Back to the Bible broadcast. I was amazed. He fed me and made me more hungry. He opened the Scriptures in a way I had scarcely heard before, and he did so day after day. The depth of his Bible knowledge was impressive; the depth of his heart commitment to the Lord was infectious.

After graduation from seminary a couple of years later I became a pastor and began teaching and preaching the Bible myself. Dr. Wiersbe’s books were an enormous help to me.

In the early 1990’s I had the privilege of sitting under Dr. Wiersbe’s instruction in a Doctor of Ministry class he taught at Trinity Evangelical Divinity School. His insights on the role of imagination in preaching lit up my mind and heart and sent me out with fresh desire to be faithful to the Scriptures and powerful in the Spirit.

But one day during class Dr. Wiersbe gave us all a fright. As we regathered after a lunch break Dr. Wiersbe, standing at the front of the class, suddenly fell strangely silent and his eyes glazed over. Very quickly we realized something was wrong. Those closest to him in the front row rushed to his side and helped him land gently as he collapsed to the floor. Paramedics soon arrived and they wheeled Dr. Wiersbe out, strapped on a gurney. We prayed fervently for him. And we worried that perhaps the entire Bible-believing world would lay upon us the death of the beloved Dr.!

We were relieved when he returned to the classroom within a couple of days reporting that a drop in his blood sugar had been the culprit. We breathed a sigh of relief and lifted a prayer of thanks to the Lord our healer. Dr. Wiersbe completed a wonderful week of learning for us all.

Then in the early 2000’s God began to open a publishing ministry for me. My publishers wanted me to get endorsements from famous authors who could recommend my books. I’m not famous. I don’t know anyone famous. But I asked myself whom would I most desire to offer an endorsement for my book(s) if it were possible. Warren Wiersbe was the immediate response within my heart. But he didn’t know me. I was just one of hundreds of students he had instructed over the years in various seminaries. But I ventured a letter and Dr. Wiersbe graciously responded with an offer to consider my book. He wrote the following for my book Song of the Satisfied Soul:

There is always room on the shelf for another exposition of Psalm 23, especially when it is as balanced and practical as this one. The author allows the text to speak for itself as he reveals the richness of the believer’s relationship to Jesus Christ. The ideal book for a pastor or other care-giver to share with those needing encouragement.

Later he offered another endorsement for my commentary The Pastoral Epistles for Pastors:

I heartily welcome and endorse this encyclopedic study of Paul’s Pastoral Epistles. For years we have had Eugene Stock’s Practical Truths from the Pastoral Epistles and W. Edward Chadwick’s The Pastoral Teaching of St. Paul: His Ministerial Ideals, but this volume goes beyond them in exposition and application. The beginning pastor and the seasoned minister will both discover in these pages enlightenment, encouragement and a new sense of wonder and privilege of being a servant of God. You can live in this book for the rest of your life and have a more fruitful and rewarding ministry!

I found Dr. Warren Wiersbe to be a gracious, kind man. He was a man of great conviction and strength. He was a ravenous student of the Scriptures and he lived out a lifetime of faithful ministry for the Lord. I am just one of a vast multitude who has been profoundly blessed by this godly man. I give praise to the Lord for the grace He has poured into my life through him.

And, oddly enough, I discovered today that Warren Wiersbe was the same age as my father. They were both born in 1929, just months apart from one another. My father passed away nine days before Dr. Wiersbe did. I just conducted my father’s funeral three days ago.

It reminds me that a faithful generation is passing off the scene and the responsibility to live wisely and well for the honor of the Lord is upon me and my generation in a new and unique way. May the God who empowered these two faithful men also empower me to faithfully serve and honor Him for however long I have left on this earth. 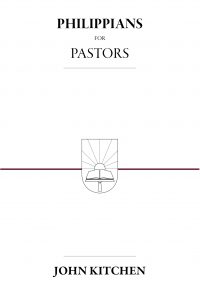 The third volume of the “… for Pastors” commentaries is almost ready for release. Please pray God will superintend the final processes and use this volume for His glory.

Here are some endorsements: 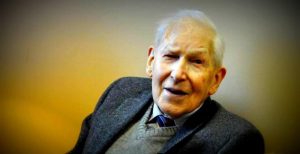 “Without a vision for how to challenge the status quo as the pioneers in church history did, ministers become mere maintenance men, and a clergyman can’t be a maintenance man.” — J.I. Packer (J.I. Packer: An Evangelical Life, Leland Ryken, p.361)