The Love of God

I was recently interviewed by a local friend for his a Sorani Kurdish YouTube channel and asked to explain the unique perspective the Christian faith brings to the understanding of the love of God. For those who don’t understand Kurdish, I’m attaching a transcript of the interview in English (God of love video transcript).

I am delighted to see Long Story Short has now been translated into Sorani Kurdish. May it be used for God’s glory and become a channel of His grace to many. 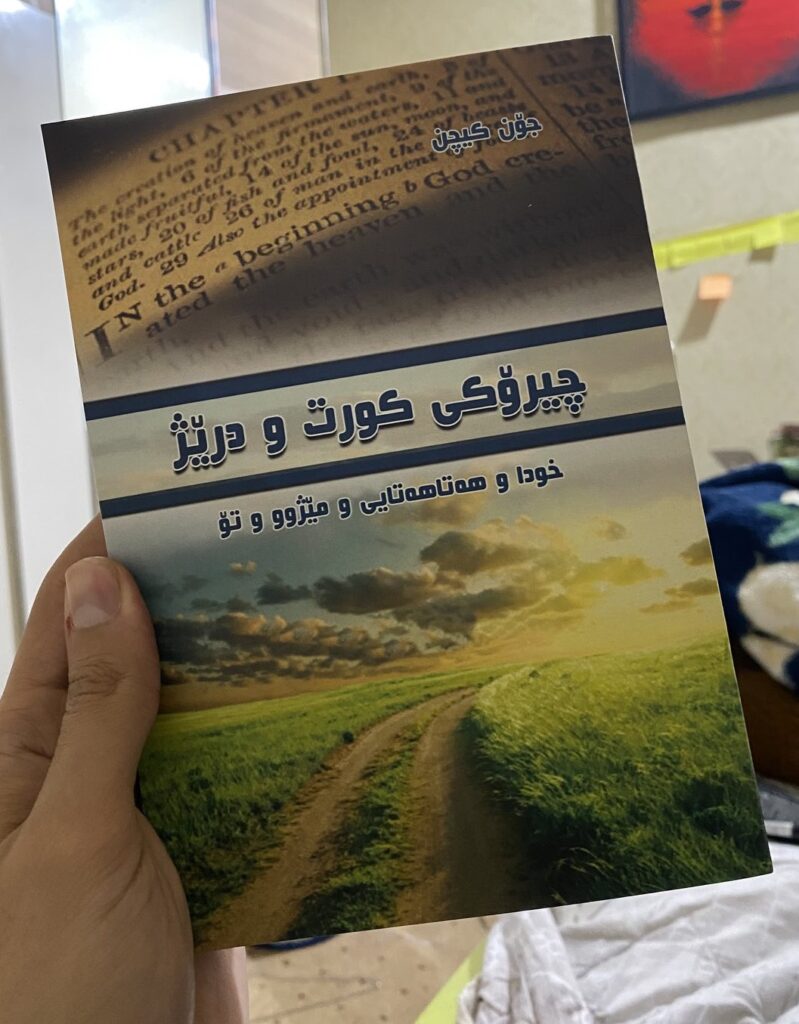 Paul says that God is the only one who “calls into existence the things that do not exist” (Rom. 4:17). “By faith we understand that the universe was created by the word of God, so that what is seen was not made out of things that are visible” (Heb. 11:3).

Dr. Richard Swenson is not only a medical doctor, but holds a degree in physics. Listen, and let your mind be stretched, as he helps us delve deeper into what creation from nothing means.

When God created the universe, He called into being all that is, including all space, time, energy, and matter. When He spoke, the universe appeared. But exactly where in the void did it show up? Nowhere. And it continues to reside nowhere. He spoke the universe into being and suspended it in the void. If we attempted to send a letter to the universe, we would discover that it has no address.

Nothing has no temperature, no luminosity, no energy, no matter, no time. And it has no spatial dimensions. This is not a big nothing, stretching for trillions of light-years. Neither is it a small nothing. It simply is a void. We could not take a spaceship to the far wall of our universe and then pass through the wall to continue our journey into the void. There is nothing to enter.

Even as we think about this, it is an overwhelming temptation to picture the void as having dimension. We picture our universe as a bubble suspended in a massive dark blackness. But this is inaccurate. The void is not massive, because that implies dimension—and the void has no dimension. The void is not dark, because it cannot possess the quality of darkness. Perhaps it is best to simply warn ourselves that we cannot imagine a picture of such a void because it has no reference in human experience. It is, by definition, the absence of everything. As we try to picture a void, we will inevitably fail because our picture will never be empty enough.

In the midst of this void—this nothing—God called out His creation. Our universe has temperature and luminosity. It has matter and energy. It has time and space. Specifically, it has dimensions—length, width, depth, and time. But length, width, depth, and time were all created, not preexistent. (Richard A. Swenson, More Than Meets the Eye. Colorado Springs: Navpress, 2000, 169-170)