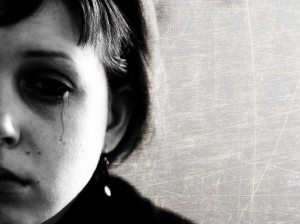 Yet when it came to his badly timed stroll on the roof (2 Sam. 11:2), David was not so quick in the acknowledgement of his sin. He hadn’t gone with the army when perhaps he should have (v.1). He went outside for a breath of fresh air. He saw Bathsheba in her backyard bath. He let his eyes linger, his heart ponder, and his imagination have her. And he sent for her. He had her—this time not simply in his imagination. She became pregnant. He tried to cover up. Her husband was too noble. David had him killed. Quick wedding. Child is born.

It was perhaps a year after his rendezvous with the wife of one of his greatest fighters (compare 1 Sam. 11:3 and 23:39) that God sent in His prophet, Nathan: “You are the man!” (2 Sam. 12:7a). Now, finally, David was quick and succinct in his confession: “I have sinned against the LORD.” (v.13). Just as quickly the prophet delivered God’s word of pardon … but revealed that He would not remove all the consequences of his sin: “The LORD has put away your sin; you shall not die … the child who is born to you shall die” (v.14).

Someone (or something) always has to die when sin strides on stage. There can be forgiveness and mercy, but there must always be justice.

In the case of David’s sin two of his children would die. Most immediately, the child of adultery died (2 Sam. 12:15-18). His brief life and sudden death testify that, while God is lavishly gracious and quick to forgive, He does not thus necessarily cancel all the consequences of our sin.

David’s first son died as a consequence of his sin. His second son died as atonement for his sin—and, thankfully, not only for David’s, but ours as well.

The brother of that first son would later write, “Whoever conceals his transgressions will not prosper, but he who confesses and forsakes them will obtain mercy” (Prov. 28:13). One wonders just how much family history and personal emotion is tied up in Solomon’s proverb. We are wise to heed what he says. We do well to cry, as did the blind men along the road, “Have mercy on us, Son of David” (Matt. 9:27). When we do, Jesus is glad to say, “According to your faith be it done to you” (v.29b).