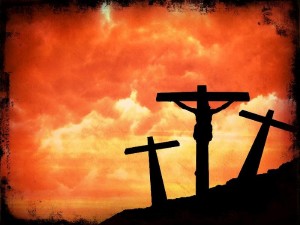 “Likewise the Spirit helps us in our weakness. For we do not know what to pray for as we ought, but the Spirit himself intercedes for us with groanings too deep for words. And he who searches hearts knows what is the mind of the Spirit, because the Spirit intercedes for the saints according to the will of God.  . . . Who is to condemn? Christ Jesus is the one who died– more than that, who was raised– who is at the right hand of God, who indeed is interceding for us.” (Romans 8:26-27, 34)

“Think about it. God the Holy Spirit knows the real, foundational cries of our hearts, and He is in an ongoing conversation with God the Father, carrying our hearts’ cries to Him. At the same time, God the Son, Jesus, is also in a conversation with the Father about us, interceding for us.

When I put these truths together, I realize that the Trinity–Father, Son, Holy Spirit–is in an ongoing conversation about me and every other believer. When I go to Him in prayer, I am accepting an invitation to enter into a conversation that they were already having on my behalf!“ (Duane C. Miller, Survivor, p.121, emphasis added)