When Life is Hard

Does Life have to be this Hard?

Ever asked yourself that question?

Ever asked God that question?

Life is tough. But does it have to be this hard?

These are the kinds of questions that arise from living life in a still-fallen world.

Here’s an interesting portion of God’s Word that speaks to why life here and now has to be difficult. It comes from the dark days of the judge of Israel.

“Now these are the nations that the LORD left, to test Israel by them … It was only in order that the generations of the people of Israel might know war, to teach war to those who had not known it before … They were for the testing of Israel, to know whether Israel would obey the commandments of the LORD, which he commanded their fathers by the hand of Moses.” (Judges 3:1a, 2, 4a)

Life in the Promised Land was anything but easy. The Israelites were required to dispossess people from their land and take it for God, His people and His purposes. To be sure they had not done their part thoroughly. They had been disobedient to the Lord in this. Yet, as the Scripture above reveals, there was a divine purpose in not immediately purging Canaan of all Israel’s enemies. 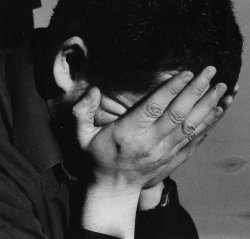 God had a two-fold purpose for leaving some of the inhabitants of the land, not removing them entirely from before and amid Israel.

The first purpose was that of testing. God wanted to see if His people would obey His Word. The hardship, difficulty and battles were there to test and expose the heart-condition of His people. Would they obey God when it was inconvenient?

The second purpose was that of training. Having exposed the truth about His people’s hearts and having regained their allegiance, God wanted to make sure His people did not grow soft amid the peace He provided. He did this expressly because He knew that they would not and could not always experience total peace in this world. God knew there would be other battles ahead of them and they still needed to know how to make war.

God does not remove all the difficulties and challenges from your life either. He allows many of these for these same two reasons. God is testing you. He wants you to have an opportunity to prove your love for and fidelity to Him. The way that is drawn out and expressed is through your obedience to His written Word in uncomfortable situations.

God is also training you. He wants to make you learn by experience to discern and defend the truth (Heb. 5:14). And He wants this not in some merely theoretical way, but in the real world of relationships, ministry, workplace, school, and neighborhood.

Testing deals with matters of our hearts. Do I love God with all my heart, soul, mind and strength?

Training deals with matters our hands. Will I learn the skill of honoring God in the hard places of my life and relationships?

Still we ask: Does life have to be this hard?

Living under the care of a sovereign Lord, the answer must be “Yes!” He is good and all He does is good (Psalm 119:68). He finds no pleasure in our difficulties. But they are necessary for now, for in these things our Master is winning our allegiance and making us discipleship indeed (John 8:31-32). 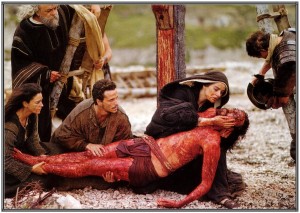 Her face shows grief but not despair,

Her head though bowed has faith to spare,

For even now she could suppose

Her life with Him was full of signs

–Jeremiah Denton (When Hell Was in Session, p.141) 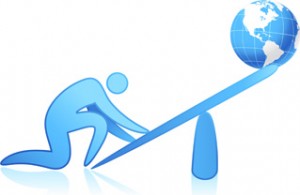 We’ve all got problems. We all have personal problems. They are what Paul calls “things that are on the earth” (v.2). We’ll just call them earthly realities. But we also have perception problems. That is to say, we too often conclude that these earthly realities represent a total view of reality. But that’s not true! There are also heavenly realities which must be factored in, if we are to live in a full embrace of total reality. Paul mentions five of them:

All these are just as true, real, actual, and factual and any of the earthly realities. To borrow from Paul’s earlier words: you are “in Christ” (Col. 1:28) and Christ is in you (1:27).

But how do we see these heavenly realities brought to bear upon our earthly realities? We must undergo a change of perception. Two choices are demanded of us in this regard:

Apart from this, you’ll continue to reside under the distortion of your partial perception of reality.

Both of these actions must be undertaken continually and repeatedly. They must become a habit of life. Your minds must always be seeking after, in full pursuit of reality—a perception that appropriately calculates in the heavenly realities of your standing in Christ and your resources as Christ dwells in you. This is not pie-in-the-sky, but the pursuit of reality. There must also be the posture of reality—“set your mind.” We must sink footers deep, down to bedrock truth and frame up there our understanding of not only our earthly realities, but our heavenly ones as well.

Settle this in your mind: Reality upon the earth is defined by the realities of heaven, not the other way around.

In determining the posture and pursuit of your heart and mind you are not trying to make something come true. Rather you are striving to bring total reality to light in your earthly experience. You do not make these things true by your action, but you do make them evident by the choices of how you perceive reality. Your mindset does not establish the heavenly truths as reality, but it does bring you into the enjoyment of them.

This is the possibility and promise of people given a share in the resurrection life of Jesus!