The Hand of God

“This Ezra went up from Babylon, and he was a scribe skilled in the law of Moses, which the LORD God of Israel had given; and the king granted him all he requested because the hand of the LORD his God was upon him.” (7:6)

“Blessed be the LORD, the God of our fathers, who … has extended lovingkindness to me before the king and his counselors and before all the king’s mighty princes. Thus I was strengthened according to the hand of the LORD my God upon me …” (7:28)

“According to the good hand of our God upon us they brought us a man of insight of the sons of Mahli, the son of Levi, the son of Israel, namely Sherebiah, and his sons and brothers …” (8:18) 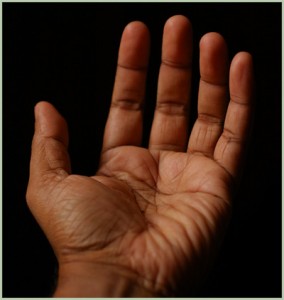 The Work of our Hands: When the hand of God is on us, God’s work prospers in our hands.

1. The Word of God prospers in our hand.

“Forasmuch as you are sent by the king and his seven counselors to inquire concerning Judah and Jerusalem according to the law of your God which is in your hand.” (7:14; cf. v.10)

2. The Wisdom of God prospers in our hand.

“You, Ezra, according to the wisdom of your God which is in your hand, appoint magistrates and judges that they may judge all the people who are in the province beyond the River …” (7:25)

3. The Will of God prospers in our hand.

“For I was ashamed to request from the king troops and horsemen to protect us from the enemy on the way, because we had said to the king, “The hand of our God is favorably disposed to all those who seek Him, but His power and His anger are against all those who forsake Him.” (8:22)

“Then we journeyed from the river Ahava on the twelfth of the first month to go to Jerusalem; and the hand of our God was over us, and He delivered us from the hand of the enemy and the ambushes by the way.” (8:31)

4. The Wealth of God prospers in our hands.

“On the fourth day the silver and the gold and the utensils were weighed out in the house of our God into the hand of Meremoth the son of Uriah the priest, and with him was Eleazar the son of Phinehas; and with them were the Levites, Jozabad the son of Jeshua and Noadiah the son of Binnui.  Everything was numbered and weighed, and all the weight was recorded at that time.” (8:33)