You Can’t Serve the Lord!

It was presumably sometime shortly before his death at 110 that Joshua called the people of Israel around him to hear his final sermon. It contains that familiar call: “choose this day whom you will serve … But as for me and my house, we will serve the LORD” (Joshua 24:15).

But it also reveals a confusing and perhaps disconcerting strategy.

Obviously, Joshua called the people to make a choice, a choice to serve the Lord (v.15).

To this the people responded with a promise to serve the Lord (vv.16-18).

But Joshua was not satisfied. He told them they were incapable of truly following the Lord (vv.19-20)!

The people—a bit taken aback—cried out that they were serious! They would indeed follow the Lord (v.21).

In the face of their insistence Joshua redoubled his call and demanded that they choose to serve the Lord (vv.22-24).

So why the hard sell, Joshua?

Why did he respond to the people’s pledge this way?

I hear Joshua here as saying something like this …

“Look, I’m an old man. I’m about to die. I don’t have time to mess around with you or play religious games. I’m going to stand before God just a few breaths from now, so I’m calling you to Judgment Day honesty and seriousness! I’ve seen and experienced more than you can imagine. I’ve seen it all … from agony in the brick factories of Egypt … to miracles in Pharaoh’s court … from the death angel passing over my home … to the waters of the Red Sea opening up before us … from the manifestation of God’s holy fury on Mt. Sinai … to the folly of idol worship at the foot of the mountain … from desert wastelands … to a river flowing from a rock … from following a man most people called crazy … to being called to step in and lead in his place … from wars on the east side of Jordan … to wars on the west side … from impenetrable walls falling down at a shout … to the sun standing still in the sky … from graces untold … to the ground opening up and swallowing liars and thieves … I’ve seen life given through miraculous provision … and lives taken through divine plague. Don’t you mess with me! I need to know you are serious when you say you will follow the Lord!”

As I was contemplating this possible motive behind Joshua’s final and somewhat strange sermon-strategy a Johnny Cash song came to my mind.

If you’re not familiar with the song, take a refresher course here: I’ve Been Everywhere

So here is the weathered, worn, weary, soon-to-be-in-heaven Joshua mustering his last breaths to call God’s people to faithfulness. Only I hear the words going like this …

I was toting my pack along the long dusty desert road
When along came a man with a high and canvas covered load
If your goin’ to the Promised Land, Josh, with me you can ride
And so I climbed into the cart and then I settled down inside
He asked me if I’d seen a road with so much dust and sand
And I said, “Listen, Yo! I’ve traveled every road in this here land!”

Ok, I know … kind of weird. But can you hear Joshua’s anguished plea? “I’ve seen too much to pander and play nice. Take this call to serve the Lord with the utmost solemnity and seriousness!”

I think we can hear then in Joshua’s call to Israel our Savior’s call to us as He marched toward the cross: “Whoever does not bear his own cross and come after me cannot be my disciple. For which of you, desiring to build a tower, does not first sit down and count the cost, whether he has enough to complete it? Otherwise, when he has laid a foundation and is not able to finish, all who see it begin to mock him, saying, ‘This man began to build and was not able to finish’” (Luke 14:27-30). 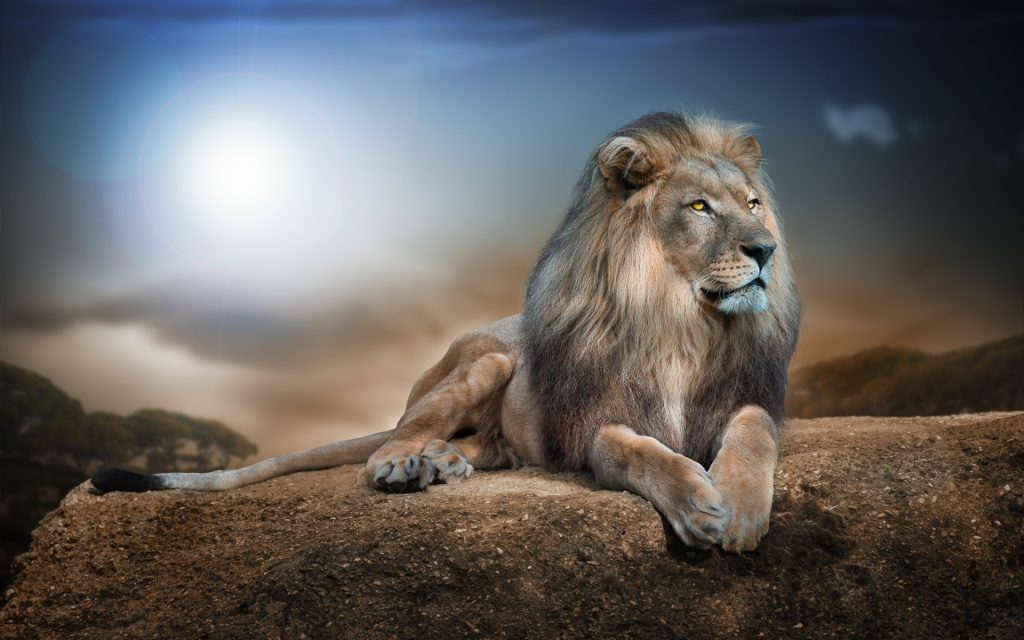 This same command comes down us today and with the same weight of divine demand behind it. What does it mean for us to “Be strong and courageous”?

On the face of it the command “Be strong” is not only not encouraging, but almost a mocking, taunting, demeaning imperative. What is required of us is more than is within us. The challenges that stand before us are bigger than what we can gather up from within ourselves. In the face of challenges so daunting and a personal condition so depraved, the command to “Be strong” is not only futile, but mean-spirited … unless, of course the command is accompanied by a promise. And in this case, that is exactly what we have. Accompanying this command is the thrice-given promise of God’s abiding presence (Joshua 1:5, 9, 17). 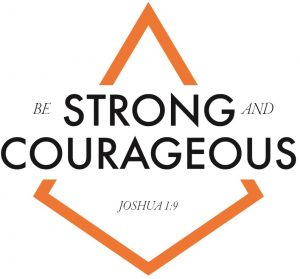 Thus, to live out the command to “Be strong” is to live out of an alien power. We must come into the experience of something more than what we can reach down and do with additional effort.

In New Testament terms this means living in the fullness of the Holy Spirit’s personal presence and power. We are not left the option of assessing our options and choosing our way based upon what is within us or what we are able to do by the power of redoubled efforts. We are to “Be strong in the Lord and in the strength of his might” (Eph. 6:10). If we rely upon our own ingenuity, our own wisdom, our own strength, we will achieve only what is humanly possible. But if we truly come into a fresh experience of the infilling of God’s Spirit, there won’t be enough time to tell the stories of what He will do through us.

Similarly, to be commanded “Be … courageous” is, without divine enablement, a mocking of our naturally fearful state. By itself it amounts to little more than whistling in the dark. But with the promise of His presence and the provision of His Holy Spirit, being courageous is simply living out an alien purpose. No longer are we able to make our choices out of fear, comfort or passivity. Timidity, discomfort and a shrinking spirit must give way—not to something from within ourselves, not from some dredged up daring, but from the knowledge that we have been given a divine task and resourced with divine presence and power … and so we simply step forward, confronting fear, comfort, passivity, timidity and that shrinking spirit and simply do what God calls us to do.

We are “strong and courageous” as we intentionally view our lives (and the circumstances and people and relationship that fill them) as under a purpose that is not dredged up from within us, but which is laid down upon us from above … and when we choose to live for that purpose (rather than our own desires/wishes/whims) by the strength of God’s indwelling presence within us.

I’m Right Behind You!

This morning I was reading in Joshua and came again upon the account of aged Caleb asking for his inheritance. I noted the three-fold repetition of this phrase:

The expression “wholly followed” renders a two word combination in the Hebrew: the verb “to fill” and the preposition “behind/after.” Literally the phrase is “filled behind Yahweh.” The verb is in the Piel form, indicating intensive action: “utterly filled” (or, as per ESV, “wholly” filled). And the personal pronoun (“I”) is emphatic—as in contrast to “my brothers who went up with me [and] made the heart of the people melt” (v.8a).

Caleb himself filled up behind the Lord as soon as it was clear where the Lord was headed and what He was doing.

Whatever the will of God required, whatever the need of the hour was, whatever the advance of God’s mission necessitated—Caleb filled in immediately behind the Lord with his faith-filled availability and obedience. The space immediately behind God (if one can even speak in such terms!) as He moved forward in His plan was immediately filled up with Caleb—willing, ready, eager, obedient, willing to risk anything to be first in line after the Lord.

Caleb is the picture of an eagerly, energetically, enthusiastically obedient servant of God. His life was marked by an urgency in all matters of obedience.

I’m reminded that sometimes a Caleb—with all his eagerness, energy, and enthusiasm—is forced to endure a desert of someone else’s making. What were those four decades in the wilderness like for Caleb? Torture, no doubt!

Imagine Caleb as he watched all the adults of his generation (except Joshua and himself) fall one by one over the years. Imagine those latter years as the remaining souls of that generation thinned and grew few in number. What conversations did Caleb have with them or they with him? How did he pray for them? What strange cocktail of emotions surged through him as he attended their funerals? When the last one passed and the final “amen” was intoned at his funeral and the potato salad was finally gone at the meal after the services—did Caleb jump up and yell, “OK already! Let’s go! Let’s get on with it! Let’s go take the Promised Land!”?

I have to ask myself: Have I been a Caleb? Am I a Caleb today? Or have I been a willing, but reticent follower of God? Have I been hesitant, doubting, reserved, lethargic, slothful, even lazy with regard to the mission and will of God?

Lord God, please forgive me for too often being hesitant, reserved, doubting and lethargic in following you and obeying your voice. I ask you to enable me to eagerly, faithfully, energetically fill full whatever your will requires. Give me the energy, desire and faith to so follow you. In Jesus’ Name, amen!