Where is the Wisdom? 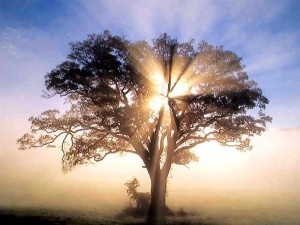 “Few pursuits of the human heart predate our search for wisdom.  The tempter was confident that, even in a perfect world, his seductions would find an ear once the woman saw ‘that the tree was desirable to make one wise’ (Gen. 3:6).  The record of our rebel race since that time reveals discoveries of knowledge and technology that are nothing short of breathtaking.  Yet, T.S. Eliot still rightly asks:  ‘Where is the wisdom we have lost in knowledge?  Where is the knowledge we have lost in information?’

At the dawn of the nuclear age, General Omar Bradley rightly observed, ‘Ours is a world of nuclear giants and ethical infants.  If we continue to develop our technology without wisdom or prudence, our servant may prove to be our executioner.’  The exponential growth of technological knowledge since that day has rendered us neither wiser nor godlier.  We have, however, lost something priceless, something that no amount of mere information can regain for us.

“Man’s steps are ordained by the Lord, How then can man understand his way?” (Proverbs 20:24)

“Ultimately, we are not directors, but followers.  The first line of the proverb is a repeat from Psalm 37:23.  There, Solomon’s father used it in a context of blessing.  Solomon repeats it here, as he contemplates the mystery of man’s freewill and God’s sovereignty.  Here, as in the multiplied centuries of both Jewish and Christian theology, the two strains of truth are not reducible to the smallness of man’s understanding.  In the end, God’s sovereignty must win out, though Scripture squarely puts responsibility upon us to choose the Lord’s way.  Solomon has probed this mystery before (Prov. 16:1, 3, 9; 19:21).  The word translated ‘Man’s’ is distinct from the word used for ‘man’ in line two.  The first word is used in distinction from the second to describe man at his strongest and wisest.[i]  The very highest of human insight, strength, wisdom and capability cannot ever search out completely the mystery of God’s will and way with him.

The second line echoes this mystery in the form of a question: ‘How then can man understand his way?’  This is man, ordinary man — you and me, tangled in our frailties and faults.  What hope do we have of ever tracing out God’s way for us?  Ultimately, we cannot.  This can never become a copout, though, for it is the path of wisdom to understand one’s way (Prov. 14:8).  Yet, in the end we must confess: ‘I know, O Lord, that a man’s way is not in himself; Nor is it in a man who walks to direct his steps’ (Jer. 10:23).  Indeed, ‘The mind of man plans his way, But the Lord directs his steps’ (Prov. 16:9).  Ultimately, our only hope lies in the fear of the Lord: ‘Who is the man who fears the Lord?  He will instruct him in the way he should choose’ (Ps. 25:12; cf. Prov. 3:5-6).

This second line should not be read as expressing despair, but doxology.  Though a sense of hopelessness can come to the one dependent upon his own resources, to the one shut up to the sovereign grace and providence of God, such surrender is the glad joy of worship.  ‘With Thy counsel Thou wilt guide me, And afterward receive me into glory’ (Ps. 73:24).  The so-called problem of God’s sovereignty and man’s free will always ends in either the folly of overemphasizing one over the other or in the doxology of holding both as absolute and non-competing truths of God’s Word, whose interrelationship cannot be fully traced out by finite, human minds.  Let us take the path of surrender, obedience and worship rather than self-reliance, arrogance and dogmatism.” (pp.454-455, Proverbs: A Mentor Commentary)