“But avoid foolish controversies, genealogies, dissensions, and quarrels about the law, for they are unprofitable and worthless. As for a person who stirs up division, after warning him once and then twice, have nothing more to do with him, knowing that such a person is warped and sinful; he is self-condemned.” (Titus 3:9-11)

OK, clear enough. But just what would that look like in action?

Not merely for us as individuals, but for entire families? Communities? 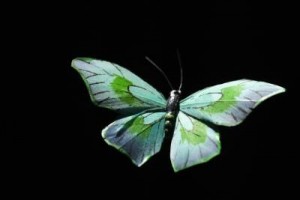 After the Apostle Paul and his co-worker Titus had evangelized the island of Crete, the apostle left Titus behind to “put what remained into order” (1:5). A limited number of new disciples, gathered in small fellowships in the various towns on the island found themselves living out this new life in Christ in the midst of a very dark culture (1:12). What possible hope did they have that not only would they remain true to their new Master, but that the gospel itself would triumph among their people?

Paul wrote to remind Titus and to inform the new disciples of the transforming work God intended to do, not only in each of them and in their homes and families, but in the larger populace of the island as well.

Knowledge alone, however, will never transform anyone. Truth must be met with active TRUST. That is to say, “sound doctrine” must be met with “sound faith.” Active faith evidenced in obedience to the truth sets in motion a powerful transforming process.

When truth is met with trust TRANSFORMATION begins in that life. Our lives begin to take on that “which accords with sound doctrine” (2:1). All the implications of the truth of God begins to be worked out in the details of our lives. Jesus actively comes to rule each part of who we are and what we do.

This visible transformation of lives, homes, and marriages then becomes a effective TESTIMONY to the lost community in which we live. Our lives “adorn the doctrine of God” (2:10). The unbelieving take notice. They become willing to hear the TRUTH. Some respond with TRUST. And the TRANSFORMATION process rolls on, by the power of the Holy Spirit!

A chart of the process may be found here: Titus-Transformation Process

The Silences of God

“I am reminded that in music silence is not silence. Musically, silence is called a rest. David was a musician. It seems to me – though I am no musician – the key to understanding the silence in the music is to never lose sight of the notes immediately before and after the silence. It is connecting the dots between those notes and interpreting the silence in its context that transforms silence into rest. Context, musically speaking, instructs you on how to read the silence. The same is true spiritually. Trouble is, in the midst of silence you haven’t heard the next note yet. All you have are the notes that have gone before. The music that led you to this moment tells you something is now unresolved. It leaves you listening, longing for those notes which will resolve the melody that has been played out to this point … We need to trust the Conductor enough to know that He will have more notes to be played. Only in this kind of faith-rest can we be ready to hear the next notes in this strain of divine music.” (Long Story Short, p.135)

The Psalmist tells us that God’s “greatness is unsearchable” (Psalm 145:3b).

As I pondered this recently, a series of questions came to my mind (for a reasons I don’t understand, can’t explain, or should I say: “search-out”). These are not Biblical questions, but they help me think more fully about what it means that God’s “greatness is unsearchable.”

If God’s greatness was a color, what color would it be? Green? Red? Blue? And how many shades and hues would each color possess? Well, I guess I’d have to conclude that it would be infinite! Along the spectrum of color which we call “green” we find names we’ve assigned to various tints such as chartreuse and lime. But those are simply names we’ve applied to specific points along that spectrum of color. What would we call that which is halfway between chartreuse and lime? And what is half way between whatever that is and chartreuse? We quickly see that searching out the infinite possibilities of color leads us on a chase of that which is ultimately unsearchable.

If God’s greatness were a flavor, what flavor would it be? And how many flavors are there anyway? What would a few grains of this or that spice do to an already existing flavor? Well, it would create a whole new culinary vista that would have to be explored! The world of flavor has never been fully explored!

If God’s greatness were music, what kind of music would it be? You have an opinion about that—I’m sure. Many of you are quite sure what kind of music it would not be. But others are just as convinced the other way. Whatever kind of music you might finally select, how many possible combinations of notes are there within that genre of music? Unsearchable! There are an infinite number of songs waiting to be written.

If God’s greatness were a language, what language would it be? And with what accent would it be spoken? With whatever language you may pick, what are the possible combinations of letters and characters to make new words? Words that would need to be invented just to describe some landscape of God’s character, Person and works that no one has yet seen or perhaps ever will see? Innumerable!

Now before you get the wrong idea let me say that God’s greatness is not a color, a flavor, a kind of music, a language or a place. These are created things. He is the Creator. The created order in which we live is finite, but it is filled with intimations of the infinite. Something of the Creator’s glory is seen in His creation (Rom. 1:20).

Could it be that these are simply hints at the greatness of our Creator? Maybe these are clues left to remind us that truly, God is greater than we know – or can ever know. Not even the transformation awaiting us at Christ’s return and not even the deliverance in a glorified state into God’s eternal heaven will enable us to exhaustively discover all that is true of God. True, “we know that when he appears . . . we shall see him as he is” (1 John 3:2). Granted, “we know in part . . . but when perfection comes, the imperfect disappears . . . Now we see but a poor reflection as in a mirror; then we shall see face to face. Now I know in part; then I shall know fully, even as I am fully known” (1 Cor. 13:9, 10, 12). This is true. But even then we will not be infinite. We will exist in redeemed finiteness. And it will be our eternal joy will be to spend forever discovering the wonder of His greatness.

So go for a walk through nature; notice and name the various shades of green, brown or orange you encounter. Go spice up dinner a little differently than you normally would or go try some ethnic food you’ve never sampled before. Listen even for a few minutes to a kind of music you aren’t naturally drawn to. Purposefully listen to a language that is foreign to you or learn a new word or two in English. Go to the library and spend some time reading about and wondering over pictures of a place you’ve never been.

Then turn your heart toward heaven and think again about God, who He is, the expansiveness of His character. Contemplate just how far His goodness, love, mercy, grace, holiness, and justice range in every direction. Then bow your head and lift your voice, confessing “Truly, O God, Your ‘greatness is unsearchable’!”

“The king’s heart is like channels of water in the hand of the LORD; He turns it wherever He wishes.” (Proverbs 21:1) 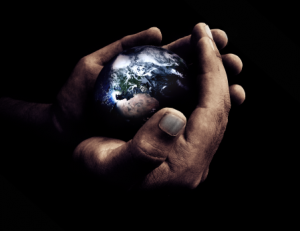 “The ‘LORD’ is the only absolute Sovereign. Certainly God controls the hearts of all men (Prov. 16:9; 19:21; 20:24). But it may appear that kings, rulers and presidents hold absolute sway. They may even believe that they possess such power, yet they are ‘in the hand of the Lord.’ Their thinking, motives, inclinations and decisions are under the absolute control of God Himself.

By the king’s ‘heart’ is meant all his powers of reasoning, feeling and choice. These are ‘like channels of water.’ The expression describes small irrigation ditches used to bring life-giving water to otherwise unuseable land. The farmer directed the water by digging such ditches wherever he wanted and by then opening and closing the pathway for the water to flow (Deut. 11:10; Isa. 32:1-2). So too God ‘turns it [the king’s heart] wherever He wishes.’ He is able to make even the evil intentions of a man’s heart promote His glorious purposes (Psa. 76:10).

Only God is absolute in His control. ‘There is no wisdom and no understanding And no counsel against the Lord’ (v.30).” (Proverbs: A Mentor Commentary, p.463)