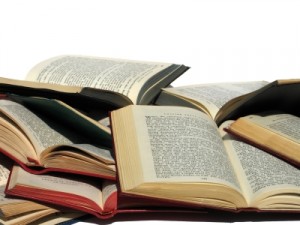 Notice the remarkable nature of Paul’s command: As he was facing a certain death, he longed for reading material! He wanted to keep learning right up to his dying breath!

Someone once asked Martin Luther what he would do if he knew Christ was coming tomorrow. He answered: “Plant a tree!” Donald Grey Barnhouse once said: “If I had three years to serve the Lord, I’d spend two of them studying and preparing.”

Paul said he wanted “the books” (more literally, “scrolls”). Books were not yet bound as we know them today. Just what was the identity of these “books”? They could have been just about anything. The word is sometimes used to refer to portions of the Old Testament Scriptures. Paul also said he wanted “above all the parchments.” These “books” or ”scrolls” were probably made of papyrus—cheaper, less expensive material, while the “parchments” were made of animal hide, which was more expensive and was thus used for more valuable documents. It is likely that these were more expensive and valuable documents, were copies of the Scripture.

1. Learning is worthwhile in and of itself, apart from the information you gain and what it enables you to do.

If Paul wanted to learn and stimulate his mind right up to his dying day it tells us that growth is a part of life, right up to the end.

Oliver Wendell Holmes, Jr. is still regarded by many as one of the greatest justices in the history of the U.S. Supreme Court. He sat on the Supreme Court until 91 years of age. Two years after his retirement he was visited by President Franklin Roosevelt. FDR found him reading Plato. The Pres. asked ask, “Why?” The judge said, “To improve my mind.”

Paul had apparently read the pagan Greek poets and writers. In Acts 17:28 he appears to quote from Aratus of Soli in Cilicia (ab. B.C. 270) who has these exact words in his Ta Phainomena. Additionally, Cleanthes, a Stoic philosopher (300-220 B.C.) has very similar words in his Hymn to Zues. It also appears that Paul quotes from Menander (I Cor. 15:32) and Epimenides (Titus 1:12). J. Rendel Harris claims he finds allusions in Paul’s letters to Pindar, Aristophanes, and other Greek writers (3:289, Robertson).

So we must most assuredly read the Bible. We need to read it all, read it often, and read it habitually. We should also read other Christian writings. But I believe Paul also sets us an example that says we should expose ourselves to other kinds of writings. So we ought to try our hand at reading things like history, novels, poetry, science, philosophy, theology.

The fact that Paul said “above all the parchments” tells us that some things are more desirable and important to read. Way back in 1979 it was said that information is being processed in our world at a rate of 2000 pages per minute. If you read for 24 hours a day, from age 21-70, and retained all you read, you would be one and a half million years behind when you finished! These statistics were complied before the Internet! They do not take into account the personal computer and all the other electronic gadgetry that disseminates information at light speed! Can you imagine the rate of information increase in our day? Obviously we must read selectively.

Scholars have concluded that a peasant in 10th century Europe was exposed to roughly the same volume of information in his lifetime as is published in one daily edition of the New York Times. We are privileged indeed to be able to read widely, but it must be done selectively.