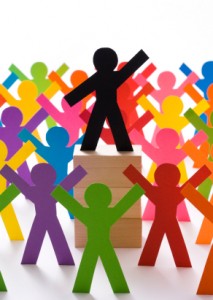 “The point of this proverb is simple enough—numbers equal renown in the world of politics …” BUT “… official position means little when people are not following you. A post without people is pointless. Titles without influence are worthless. The king is ultimately expendable (Prov. 30:27) or at least replaceable (1 Sam. 16:1), but not the people (2 Sam. 19:7).” (Proverbs: A Mentor Commentary, p.318)