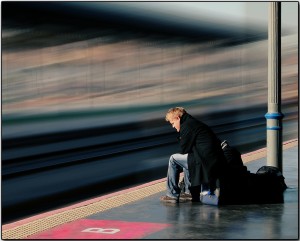 “After God promised to make her husband into a great nation, Sarah waited twenty-five years before she held Isaac in her arms. After God gave Joseph dreams of leading his family, he waited over twenty years before he even saw them again and was able to rescue them from famine. After Moses’ failed attempt to help his oppressed race, he waited forty years before hearing God’s voice call him to lead his people out of slavery. After becoming queen, Esther waited almost twenty-five years before her ‘such a time as this’ moment came and she stood in the gap for her people. After his stunning spiritual encounter, Paul waited more than ten years before he was officially commissioned by the church to the ministry to which we know him today.” (Alicia Britt Chole, Anonymous, 171)