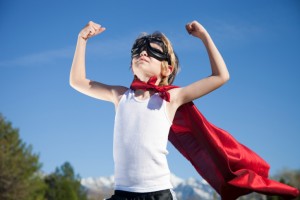 It’s that time when many are making resolutions for the New Year. I’m not going to advocate for them; nor will I campaign against them. I’m simply observing. Lots of people talk about them. I’m not so sure how many make them. But I have a general idea how many actually keep them.

Frankly, all the talk of New Year’s Resolutions has become so common and the outcome so predictable that, at least for me, they seem rather like a confession waiting to happen: “No, I didn’t keep my resolutions … again.” That will probably happen somewhere between January 2 and the 15th of the month. It sounds too much like a recipe for discouragement down the road and not enough like real change in the present.

But then I looked into the history and development of the word itself. It seems to have arisen from either an Old French word back in the late 14th century (which meant “a breaking into parts”) or a Latin term (which described “the process of reducing things into simpler forms”).

Hey, that’s not a bad idea! Confusion is of the devil. God is all about “the simplicity … of devotion to Christ” (2 Corinthians 11:3).

The Latin term arose from a term meaning “to loosen.” A lot of our problems look like knots pulled tight to the point of hopelessness. What if we were able to pick away at them consistently until things started to loosen up and the individual parts that make up our challenges became more obvious? Breaking down our challenges into smaller, more easily tackled, parts seems the path of wisdom.

Later, in the 1500’s the word started being used to describe the solving of mathematical problems.

Now I’m starting to not like this word so much again!

But, then, there was that story not long ago about the German, teenage high school student who solved a 300 year old math problem that had first been proposed by Sir Isaac Newton. Think about that! For thirty decades the brightest minds on the planet played with this conundrum and couldn’t make heads or tails of it. But then, suddenly one high school student saw it!

Could God help me see my challenges in a different light?

Yes, if you ask Him. “If any of you lacks wisdom, let him ask God, who gives generously to all without reproach, and it will be given him” (James 1:5).

So rather than making a bunch of resolutions here’s what I’d suggest. How about just identifying one important area where you desire to see change. Then …

It wasn’t until the 1780’s that the idea of making New Year’s Resolutions showed up. And for over 200 years generation after generation has been trying, wishing, longing for change. But too often it proves illusive.

I’m after real change and I think you are too. None of us wants to set ourselves up for failure … again. Who needs that! The human will, unaided by the grace of God, is incapable of improvement of a kind or to a degree that is sufficient to fully please either God or ourselves. But the life surrendered fully to God through Jesus Christ, indwelt by the Holy Spirit and resolute on obedience has potential we’ve not yet imagined. Let’s go after more of that in 2015.