A Single Cross on a Single Day 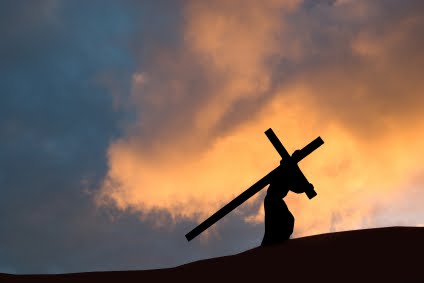 “… through Him to reconcile all things to Himself, having made peace through the blood of His cross” (Colossians 1:20).

Paul has in view reconciliation not merely on a personal, but a cosmic level (τὰ πάντα, “all things”). The same expression was used three times in verses 16 and 17 to depict, as it does here, “the whole of creation” (BAGD, 633). The totality of created reality is in view. Something happened upon that cross on that Friday that was reality-altering for everything, everyone, everywhere, for all time.

There the Father moved to reconcile “to Himself” (εἰς αὐτόν) an entire creation that had been hurled into opposition against him. “The creation was subjected to futility, not willingly, but … in hope” (Romans 8:20). The realization of that hope was purchased on the cross. For it was there that God the Father “made peace” (εἰρηνοποιήσας) by bringing wrath—not upon our rebellious race and the creation we’ve taken with us into chaos, but by bringing His wrath upon His own Son whom He appointed to stand in our place. The peace-making tells us how the reconciliation was effected. Through our autonomy we made war on God, through His obedience Jesus made peace for us with God.

The means or instrument (διὰ) employed by the Father (at His good pleasure, v.19) to make that peace was “the blood of His cross” (τοῦ αἵματος τοῦ σταυροῦ αὐτου). The blood of Christ effected propitiation (Romans 3:25), justification (Romans 5:9), redemption, the forgiveness of our trespasses (Ephesians 1:7), and, as here, reconciliation (Ephesians 2:13). It is the ground of all the blessings of the new covenant the Father extends to us in Christ (1 Corinthians 11:25).

When Paul speaks of Christ’s blood he is using a figure of speech known as metalepsis. Thus, in the first place, “blood” stands for blood-shedding (i.e., the death of Christ). Then, secondly, Christ’s death stands for the full and complete satisfaction which is made by it and for all the merits of the atonement which is brought about by it. Thus, says Bullinger, to speak of the blood of Christ “means not merely the actual blood corpuscles, neither does it mean His death as an act, but the merits of the atonement effected by it and associated with it” (610). The blood is called “of His cross” (τοῦ σταυροῦ αὐτου) because, of course, it was upon the cross where Jesus gave up His life in death to effect the singular event that would change all things forever.

Everything, everywhere, for everyone, for all time – “… this He did once for all when He offered up Himself” on that single cross on that single day so long ago (Hebrews 7:27).