Obstacles to Understanding the Cross (Part 2) 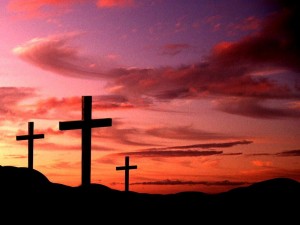 Yesterday we began to look at the reasons we may miss the meaning of Jesus’ cross.  We are doing so by examining the three episodes in the Gospel of Mark in which Jesus clearly predicted His sufferings and death. The first account (Mark 8:31-38) showed us that our assumptions may stand in the way.  Today we look at His second prediction and notice a second reason for our possible misunderstanding of the cross.

“They left that place and passed through Galilee. Jesus did not want anyone to know where they were, because he was teaching his disciples. He said to them, ‘The Son of Man is going to be betrayed into the hands of men. They will kill him, and after three days he will rise.’ But they did not understand what he meant and were afraid to ask him about it.” (Mark 9:30-32)

Jesus withdrew from the crowds.  He took His disciples along with Him for He needed to make them understand what was ahead.  Yet, even after His frank explanation, they still don’t get it.  This time, however, they were afraid to speak.  Was this because of the response Peter drew in the face of his reaction to Jesus’ first prediction of His death (8:33)?

Why don’t the disciples understand this second time?  What stands in their way of comprehension?  The account continues …

“They came to Capernaum. When he was in the house, he asked them, ‘What were you arguing about on the road?’ But they kept quiet because on the way they had argued about who was the greatest.” (Mark 9:33-34)

The obstacle that stood in the way of their understanding Jesus’ prediction of His suffering was their arrogance.

The cross not only crucifies our assumptions, it puts to death our pride.  There is no room at the cross for arrogance.  Only the humble of heart see and understand what this place of ultimate humility is all about.

Think of it!  He who has existed for all eternity in open, conscious, constant fellowship with God the Father and God the Spirit, He who is Himself co-equal and co-eternal with the first and third Persons of the Trinity, He who spoke the worlds into being, He who hung planets and stars upon nothing, He who thought of, willed and spoke into being the intricacies of the human body and the mysteries of creation . . . this very One, who is infinite God, has humbled Himself and taken to Himself a human nature and a human body, has subjected Himself to the process of human gestation, has graduated stage by stage from that embryo in Mary’s womb, was squeezed through her birth canal, cried, messed, and threw up!  This One learned to walk.  He who is the living Word of God learned to speak.  He said “no” to every temptation that confronted Him.  He has patiently given Himself to these twelve men for three years time.  He who is Life itself will soon die upon a Roman cross, planted on the town garbage heap, stripped naked, and beaten to a bloody pulp.  All He wants to do is share this with the men who are closer to Him than anyone else on this earth, the very ones who more than anyone else should by now understand. Yet what is the obstacle to their understanding?  They are too busy having territorial squabbles over who gets the bigger office and the more prominent position at the conference table!

Paul said that “Christ crucified [is] to Jews a stumbling block, and to Gentiles foolishness.” (1 Cor. 1:23).  These twelve Jews stubbed their toes on Jesus’ cross early on.  It was pride that blinded their eyes.

But pride is also our problem with regard to the cross.  The cross is not simply the instrument used to secure our forgiveness of sin.  It is that, but it is more than that.  There is no other offering for sin, no other sacrifice.  Nothing can be added to what Jesus Christ did at the cross.  You either rest in His completed work there, adding nothing else, and thus experience reconciliation with God the Father or you spend eternity separated from God in eternal conscious torment in hell.

Yet the cross did more than secure the forgiveness of our sins, it broke the power of sin in our lives.  Jesus not only died for us at the cross, we died with Him (Rom. 6:6)  There are many who want the forgiveness offered on the basis of the cross, but few want the humbling death to self that the cross requires. If I come to the cross thinking “I can get forgiveness without the slaying of my self- will, arrogance and pride,” then I am as deceived about the plan of God as the disciples were that day.

What is the answer to this arrogance that blinds me to the cross?

“Sitting down, Jesus called the Twelve and said, ‘If anyone wants to be first, he must be the very last, and the servant of all.’  He took a little child and had him stand among them. Taking him in his arms, he said to them, ‘Whoever welcomes one of these little children in my name welcomes me; and whoever welcomes me does not welcome me but the one who sent me.'” (Mark 9:35-37)

But still the disciples don’t get understand.  “‘Teacher,’ said John, ‘we saw a man driving out demons in your name and we told him to stop, because he was not one of us.'” (v.38)

The call is to humble yourself . . . just as Christ did!  Paul put it this way: “Have this attitude in yourselves which was also in Christ Jesus, who, although He existed in the form of God, did not regard equality with God a thing to be grasped, but emptied Himself, taking the form of a bond- servant, and being made in the likeness of men. And being found in appearance as a man, He humbled Himself by becoming obedient to the point of death, even death on a cross.  Therefore also God highly exalted Him, and bestowed on Him the name which is above every name” (Phil. 2:5-9).

Both our assumptions and our arrogance can blind us to the true meaning of the cross.  May God deliver us from both and grant us rest in the finished work of Christ.