Obstacles to Understanding the Cross (Part 3) 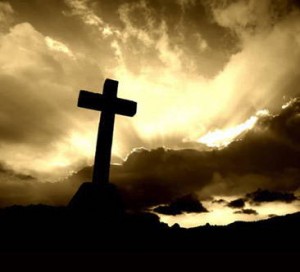 Assumptions and arrogance, as we have seen, are two of the reasons people miss the meaning of the cross.

We come now to Jesus’ third predication of His death.

“They were on their way up to Jerusalem, with Jesus leading the way, and the disciples were astonished, while those who followed were afraid. Again he took the Twelve aside and told them what was going to happen to him.” (Mark 10:32)

Take note: Jesus was ahead of them.  Wasn’t He always?  He was way ahead of them, in more ways than one.  He was headed for the cross.  They thought they are headed to Jerusalem for a royal coronation party.  Jesus, in fact, was leading them on a death march!

They were amazed.  They were fearful.  There was just so much they did not understand.

“‘We are going up to Jerusalem,’ he said, ‘and the Son of Man will be betrayed to the chief priests and teachers of the law. They will condemn him to death and will hand him over to the Gentiles, who will mock him and spit on him, flog him and kill him. Three days later he will rise.'” (vv.33-34)

This is Jesus’ third prediction of His death.  How will the disciples respond this time?  Will they finally comprehend?

This time it was ambition that blinded their eyes to the meaning of the cross.

The Bible speaks quite clearly of “sloth” as sin and it soundly condemns the sluggard.  Yet it also announces the danger of unbridled ambition.  When is ambition a godly initiative and when is it self-advancing pride?  The cross is what makes the difference, for the cross separates “self” from ambition.  The cross spawns initiative for Christ and other’s sake, but holds back when it comes to selfish ambition.

“‘You don’t know what you are asking,’ Jesus said. ‘Can you drink the cup I drink or be baptized with the baptism I am baptized with?’  ‘We can,’ they answered. Jesus said to them, ‘You will drink the cup I drink and be baptized with the baptism I am baptized with, but to sit at my right or left is not for me to grant. These places belong to those for whom they have been prepared.’  When the ten heard about this, they became indignant with James and John.  Jesus called them together and said, ‘You know that those who are regarded as rulers of the Gentiles lord it over them, and their high officials exercise authority over them.  Not so with you. Instead, whoever wants to become great among you must be your servant, and whoever wants to be first must be slave of all.  For even the Son of Man did not come to be served, but to serve, and to give his life as a ransom for many.'” (vv.38-45)

What does the divine prescription for ambition require?  Suffering and service — the daily, practical outworking of taking up our cross and following Jesus.

Samuel Logan Brengle was a young man of extreme ambition.  He came from a family line filled with preachers.  At college he took up oratory and began to win prizes in the field, and relished being before people and moving them with nothing but his words.  He began to be consumed with overwhelming ambition to be a preacher.  Through his years of preparatory studies, however, God began to break his ambition as he contemplated the cross of Christ.  On one occasion he heard William Booth, founder of the Salvation Army, speak and was deeply moved.  Soon he was faced with a very difficult decision: accept the call to pastor a large, prestigious church or travel to London where he would enter the ranks of the Salvation Army and begin training as a cadet.  He chose the Salvation Army and was soon off.  When he arrived, Booth told him, “You’ve been your own captain too long.”  In order to instill a servant’s heart into this young man his first assignment was to clean and polish the boots of the other trainees.  He later confessed he grumbled: “Have I followed my own fancy across the Atlantic in order to black boots?”  But then he pictured Jesus bending over dirty feet of unlearned fisherman.  He whispered a prayer, “Lord, you washed their feet; I will black their boots.”

What do you see when you look at the cross?

A religious symbol?  A piece of jewelry?  The means of your complete salvation?  A call to discipleship?

Again I ask: what do you see when you look at the cross?

What does the cross threaten in your life?

Are you willing to trust the Christ who died there as your only means of salvation?