“So, as those who have been chosen of God, holy and beloved, put on a heart of compassion, kindness, humility, gentleness and patience …” (Colossians 3:12) 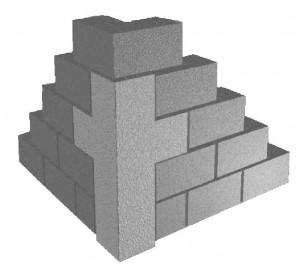 Paul now draws a logical inference (“So”) from what he has just explained.  He takes up the same verb (“put on”) he used in verse 10.  Previously he stated that believers “have put on” the “new self.”  Now, in keeping with that new reality and identification, we are exhorted to “put on” the graces that match our standing.  We are to become in experience what we have been declared to be in fact.  The aorist imperative indicates that the necessary action is urgently needed and demands that it be undertaken at once.  The middle voice pictures the subjects as responsible to take this action upon themselves.

In verses 5 and 8 the Apostle chose in each instance to name five vices to be “put aside.”  Now he identifies five graces which are to be “put on.”  But before he identifies what those are he uses a subordinate clause to explain how it is he is able to expect obedience to this imperative.  We are to undertake this action “as those who have been chosen by God.”  Such an imperative is not laid upon us in our humanness and finite strength, but “as” we are under the electing love of God.  The word is used to “introduces the characteristic quality of a pers[on] . . .”[1] Here we are considered as we are “in Christ.”  The adjective refers to “those whom God has chosen fr[om] the generality of mankind and drawn to himself.”[2] This selection was “by God.”  The eternal God, before time began, laid His electing, choosing love upon those He selected.  It is only in this way that His grace came to us and we believed unto eternal life.  It is precisely because of this that we are therefore deemed by Him to be “holy and beloved.”  God alone is “holy” by nature.  Yet, because of His grace made possible through the sacrificial death of Jesus, God Himself will present us before Himself as “holy and blameless and beyond reproach” (1:22).  Because of this He can rightly call us “saints” (1:2, 4, 12, 26).  To this adjective Paul adds (“and”) a participle: “beloved.”  The perfect tense indicates that they became so at a point in time in the past and continue to be in this abiding state at the present moment.  The passive voice reveals that this was accomplished by God’s electing love.  God simply chose to set His love upon the elect from the creation of the world.  The Apostle is not indiscriminately laying moral imperatives upon people and expecting them to fulfill them in their own strength.  Rather it is precisely because of this gracious favor of God that we are able to “put on” these various graces.  Gospel imperatives are possible precisely because of Gospel grace.