Where the Scripture Dwells (Part 3)

“Let the word of Christ richly dwell within you, with all wisdom teaching and admonishing one another with psalms and hymns and spiritual songs, singing with thankfulness in your hearts to God.” (Colossians 3:16) 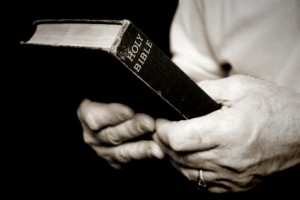 As we continue dissecting this incredible Scripture sentence, check here and here for the previous two posts.

We come now to the clause “with psalms and hymns and spiritual songs.” To what is this connected?  Does this rightly modify that which precedes (“teaching and admonishing”) or does it modify what follows (“singing”)?  The former is represented in the NASB, NKJV; the latter in the ESV, NET, NIV, NRSV.  If we connect it to the former, then “psalms and hymns and spiritual songs” would identify the means by which the “teaching and admonishing” take place (thus the NASB’s “with”).[1] If we connect it to the latter, then “psalms and hymns and spiritual songs” identify what is sung[2] or the instrument for expressing their praise (“singing with thankfulness in your hearts to God”).[3] Commentators are divided; a decision is not easy.  The scales, however, seem to be tipped by holding it next to the parallel passage from Ephesians (5:19).  There the three-fold descriptions of songs are unambiguously connected to “speaking to one another.”  So here it seems best to understand “psalms, hymns and spiritual songs” as modifying “teaching and admonishing” and thus indicating a (not the exclusive) means by which such “teaching and admonishing” takes place.  To this reasoning Moo adds two other arguments: First, that this understanding addresses the fact that there is no “and” before the third participle (“singing”).  Second, this makes for a balance between the two clauses.[4]

It may seem awkward that one’s singing can at one and the same time be both “to God” and “to one another.”  Yet this is an idea familiar to us from the Old Testament.[5] This is instructive to us for our gathered worship.  Our singing is not simply to warm individual hearts, but to testify to, instruct, and edify the larger body.  Though we may have sung the words to the current song many times and though we may all be speaking the same words, this is nevertheless a God-ordained means of instruction and upbuilding for the whole of the gathered church.  We may be instructed by a worship leader to simply “sing to God” and not worry about the person next to you and what they think of your voice, but the fact is that we are to consider the person next to us and to realize that while we are addressing our praise to God, we are inserting truth into our brother or sister’s heart.

Now just what does Paul mean by “with psalms and hymns and spiritual songs”?  A great deal of scholarship has gone into trying to differentiate between the three nouns, but a consensus of meaning remains elusive.  All three appear again in Ephesians 5:19.  Gregory of Nyssa (In Psalm. 2, 3) made “psalm” a song produced by the playing of an instrument, the “song” a melody sung with the voice, and “hymn” a song of praise to God for His gracious acts and gifts.[6]

The noun “psalms” can certainly be used to refer to what is found in the Old Testament book of Psalms (Luke 20:42; 24:44; Acts 1:20; 13:33).  Paul lists it alongside “a teaching” and “a revelation” as something a believer may come to the gathered worship of believers to share (1 Cor. 14:26).  It would seem then to be either an actual psalm from the book of Psalms, sung in worship to God and for the edification of the believers or a contemporary song composed along those same lines and used for the same purposes.  There may be an emphasis here on the fact that this was singing with musical accompaniment,[7] though the exclusivity of this meaning is not to be pressed.[8] The noun “hymns” is used only here and Ephesians 5:19, though its cognate is used four times (Matt. 26:30; Mark 14:26; Acts 16:25; Heb. 2:12).  The word describes a song composed and sung in praise of God.  The New Testament may contain examples or fragments of such hymns composed with specifically Christian meaning (e.g. Phil. 2:6-11; Col. 1:15-20; 1 Tim. 3:16).  The noun “songs” is used again by Paul only in Ephesians 5:19.  Beyond this is it used four times by John in Revelation, twice referring to “a new song” (Rev. 14:3) and the other two times referring to “the song of Moses” and “the song of the Lamb” (Rev. 15:3).  It is the general word for “song” in the Greek language.  There is debate about whether the adjective (“spiritual”) modifies just this last noun[9] or all three nouns.[10] In favor of taking it with just the final noun is the fact that it agrees with it in gender (feminine), while the previous two nouns are masculine.  Though this does not absolutely disqualify the former sense, it does point to the latter.  Also, given the general nature of the noun (“songs”), it seems more likely that Paul would want to qualify it.  But just what does Paul mean by “spiritual”?  The word is used in the NT with reference to that which is caused by, filled with or pertaining or corresponding to the Holy Spirit.[11] Beyond this commentators have offered various meanings such as: “prompted by the Spirit,” “spiritual,” or simply “sacred” as opposed to secular.[12] Perhaps it is best to realize that the same expression appears in the parallel passage in Ephesians 5:19.  There it follows upon Paul’s command to “be filled with the Spirit” (Eph. 5:18b).  The notion there is not one of quantity, but of control (cf. the illustration of note being drunk on wine, 5:18a).  Thus we should simply conclude that Paul is describing songs that are offered in praise under the control of the Holy Spirit.  To offer any conclusion more specific than this runs the risk of speculation or bending Scripture to support partisan issues.

Most commentators agree that it is unwise to attempt too narrow a demarcation between these three nouns.  Precise classification of song types was probably not the Apostle’s intent.  Perhaps Paul was not enumerating three strict classifications of musical worship, but simply piling up the nouns to make his point – that in our gathered worship we must be “teaching and admonishing” one another so that the word of Christ has central place in our worship and is made to dwell richly in our hearts.  Wright says, “Together these three terms indicate a variety and richness of Christian singing which should [not] be stereotyped into one mould . . .”[13]

These three, though probably modifying “teaching and admonishing,” naturally suggest Paul’s third participle: “singing.” This too, like the previous participles, is a present active in form.  Just how does this participle relate to the two that have gone before?  Some see all three as coordinate, and thus the NIV supplies “and,” though it is not present in the original text.  It seems best, however, to understand this entire participial clause as subordinate two the previous one—indicating “the attitude or disposition which is to accompany the previously mentioned instruction and admonition.”[14] This then yields a syntactical relationship something like this:

Let the word of Christ richly dwell within you,

teaching and admonishing one another in all wisdom with psalms, hymns, and spiritual songs,

singing within thankfulness in your hearts to God.[15]

Our singing, then, is to be carried out “with thankfulness.” The noun is the common word for “grace” and some have taken the word in that sense here (KJV, NET).  The word, as the NASB translation demonstrates, can mean “thankfulness” (or ‘gratitude,” NIV, NRSV) for such divine grace.[16] Given the emphasis upon thankfulness in Colossians as a whole (1:3, 12; 2:7; 4:2) and in this immediate context (3:15, 17), perhaps we should understand it in this way here as well.[17] This gratitude is to be “in your hearts.” This does not refer to some kind of “silent singing.”  Rather the word “heart” refers to the essential core of one’s being, including the intellect, emotion, and volition.  This means that the indwelling word that we share among ourselves by teaching and admonishing one another with psalms, hymns and spiritual songs should have its effect first within us and then all our responses to one another should arise from an inside-out orientation.  We do not derive our heart’s condition from outward circumstances and relationships.  Rather we allow the word of Christ to richly dwell within us and then govern our outward relationships and interactions from this inward state of heart.  From a heart truly grateful for the ongoing grace of God received by His Spirit’s work through Christ’s word, we sing.  All of this—singing with thankfulness in our hearts—is to be “to God.” We live with one another in this word-reigning, grace-receiving, edification-dealing way with one another on a horizontal level because there is all the time a vertical relationship with God that is governing all our earthly relationships.