The Binding Power of Love

“Beyond all these things put on love, which is the perfect bond of unity.” (Colossians 3:14) 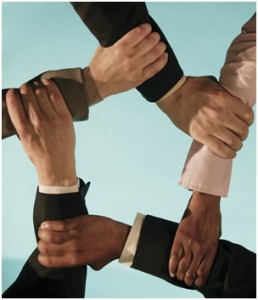 The Apostle has commanded that we “put on” five virtues (v.12, see this post).  He has now one more notion to add before he closes the sentence: “Beyond all these things.” By “these” Paul is referring to the graces set forth in verses 12 and 13.  This is clear because the imperative “put on” from verse 12 should be supplied here (which the NASB does by “put on” in italics).  The precise emphasis of the word translated “Beyond” has been debated.  It could mean “over” (as in the final piece of clothing placed over all the other garments/virtues; cf. NIV), “in addition to” (as in “love” being counted as just one more virtue to be “put on”; cf. NET), or “above (all)” (thus marking “love” as the superlative or crowning virtue in the list; cf. ESV).[1]

That additional virtue is to be “love.” Unlike the previous nouns, this one is accompanied by the definite article, while those virtues were anarthrous.  This touch underscores the elevated estimate of this final virtue.

Indeed, it is that “which is the perfect bond of unity.” The relative pronoun (“which”) is in the singular and points back to “love.”  The verb (“is”) is in the present tense underscoring the ongoing nature of “love.”  The noun (translated “bond of unity”) refers to “that which binds together.”  It could be used in non-biblical Greek to describe the fasteners that hold different ships together.  In Ephesians 4:3 Paul uses it to exhort the Christians to preserve the unity of the Spirit “in the bond [same word] of peace.” (cf. its only other New Testament usage in Acts 8:23).  Paul used it in Colossians 2:19 in a metaphorical reference to the “ligaments” which hold the body of Christ together in unity.  The relationships of believers within the body of Christ must operate in “love” if they are to maintain the unity of the Spirit.  That which here is thus bound together could be either the previously listed virtues of verses 12 and 13[2] or the believers who are to practice them.[3] The former seems the more likely, given the nature of the imagery used.  In that case “love” could be seen either as the final layer of clothing (virtue) “put on,” as a necklace or broach which caps off the clothing, or as a sash or girdle which physically binds all the virtues together.  Here Paul adds a genitive noun to round out the meaning (“perfect,” lit. “of perfection”).  The noun speaks of a state of completion or perfection.[4] But how are we to understand the genitive?  It is unlikely to be a subjective genitive: “the bond produced by perfection.”  It could possibly be a genitive of apposition: “the bond that consists of perfection.”[5] It might be a “descriptive gen[itive] indicating the bond which signifies or indicates perfection.”[6] Thus this makes it “the bond that unites all the virtues (which otherwise have no unity) in perfect harmony or the bond of perfect unity for the church.”[7] Or it could be an objective genitive: “the bond which brings about perfection” or “the bond that perfects.”[8] In this case it would be the “new self” as a corporate whole, not simply the individual believer, which is brought to “perfection.”[9]