The ROM of Faith

As we continue seeking to understand just what faith is (see The DNA of Faith) consider it now under another acronym. ROM comes from the world of muscular-skeletal science and stands for Range Of Motion. Think of how far you can lift your hands above your head and how far you can reach when you stretch them toward the floor. ROM describes the effective area of your various limbs and body parts. 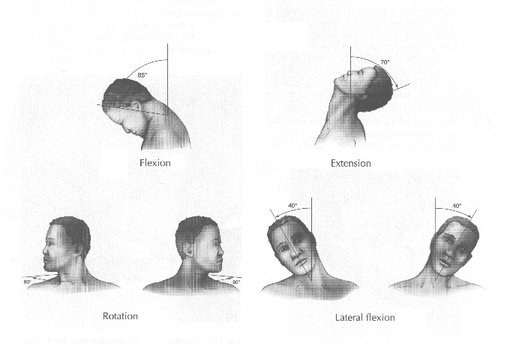 It helps us ask and answer the question: How does faith work?

We must explore six markers to understand the full ROM of faith.

God has spoken. This is the theme of Hebrews. God has spoken to humanity. And His final word is through Jesus. It is a word superior to all “words” before or since.

We hear a great deal of talk these days about a battle between revelation and reason. One famous opinion piece stated it simply, people who believe the Bible are “poor, uneducated, and easy to command” (Washington Post, Feb. 1, 1993).

The knowing looks and snickers aside, no such divide exists. All faith rests on an encounter with information/content. All faith involves an exercise of reasoning. It is ultimately a matter of what voice you choose to listen to.

But some object to the very notion of faith: “Oh, no! Not me! I am a very scientific person! I rest on the evidence!” But what many are unwilling to admit is that their “science” rests upon the foundation of many other people’s research, the validity of their methodologies, the accuracy of their analysis, and the limited nature of their conclusions. That upon which you build your work is taken by faith. You didn’t do all that research upon which yours is built. You didn’t study the data you’ve presumed upon. You didn’t analyze the information that you’ve taken as fact. Someone else did. And you built upon it, trusting their work, their processes, and their conclusions.

Doubt is a rag as old as time and too worn to be swallowed so easily. After the record records “God said” almost a dozen times. Each time He spoke that which we call reality popped into being out of nowhere and from nothing. Yet the snake had the temerity to stand in the midst of it all and ask, “Did God actually say . . . ?” (Gen. 3:1).

The problem is not between revelation and reason. It is a battle of whose word one wishes to believe. And why we choose to believe whom we do. World renown apologist Josh McDowell has gone on record: “For me, Christianity is not a leap into the dark but a step into the light.”

If I’m going to grow in my faith I must hear that Word! Paul made it simple: “Faith comes from hearing, and hearing through the word of Christ” (Rom. 10:17).

Hebrews speaks eighteen times of the promises of God. Seven of those times are in Hebrews 11, what has been called “the faith chapter.”

God has spoken. He has done it in and through Jesus. Inherent in what He has said in Jesus is a promise … filled full of promises …

As we saw in our previous post these two elements (word & promise) comprise that first element of the DNA: Content.

his is something one must hear. Without hearing it, one can’t have faith in it. This is the all-important starting line point, but it is only the beginning, for embedded in a promise there is . . .

“Now faith is the assurance of things hoped for, the conviction of things not seen.” (Heb. 11:1)

In the Word there was a promise and when I heard it something sparked inside of me and I said, “Could that be meant for me?”

In that moment it goes from raw data and objective word and promise to something with spark,  life, and possibility. It has become something with my own personal interest at heart.

Skeptic H.L. Menken once famously said: “Hope is the pathological belief in the occurrence of the impossible.”

What a sad, empty, meaningless view of life. In fact that view makes life unsustainable.

In contrast a promise, any promise, is fraught with hope. If I hear a father speak to his son, making a promise, I think, “That is sweet. How nice. That father is going to take his son fishing.” But when I heard my father promise me that he’d take me fishing it is an entirely different matter!

God the Father (our Maker) has spoken to us promises in Jesus which He desires to fulfill in our experience. Do I hear? Do I hope?

The call is, “Let us hold fast the confession of our hope without wavering, for he who promised is faithful” (10:23).

Word of promise is believed. There is intellectual acceptance. I give intelligent approval of the word and the Promiser and His promise. It all becomes personal. “That is my Father! That is my promise!”

“By faith we understand that the universe was created by the word of God, so that what is seen was not made out of things that are visible” (Heb. 11:3).

Look carefully at that phrasing: “By faith we understand . . .”

Do you see it? It’s right there. But too often we read right through it without seeing it. God says that it is by believing that “we understand.” Without faith we cannot and do not “understand.”

Be careful! That does not say that Christians or religious people “by faith understand.” No, this is simply the way faith and understanding interrelate anywhere in the universe and in every life within it. We might say there is a battle of “words” behind all matters. The question is “Whose word will I believe?” The Bible’s? God’s as revealed in the Bible? Man’s? Man’s as it has found expression in scientific methodology? The research of hundreds of people before me? The consensus of millions?

I hear a word of promise. I experience a spark of hope. I believe that word in hope.

But that is not yet the full ROM of faith. Indeed, as wonderful a hope may feel, that is not yet fully faith. It is a necessary point along the exercise of faith, “for whoever would draw near to God must believe that he exists” (Heb. 11:6). This is what the DNA called conviction. But the DNA has three strands to its helix. So the word of promise seen in hope and taken up in belief goes public with . . .

The word is acted upon. The speaker is trusted.

You may believe something, but you don’t possess faith until you act in trust!

Faith acts. Faith takes a step, does a deed, speaks a word, undertakes a task. Faith does something.

Theodore Roosevelt was not speaking biblically, but it was close to the point when he said, “It is not the critic who counts, nor the man who points out how the strong man stumbled or where the doer of deeds could have done better. The credit belongs to the man who is actually in the arena . . . who knows the great enthusiasms, the great devotions, and spends himself for a worthy cause.”

Faith demands that we not only believe, but that we act in trust.

This is what the writer is pointing to in Hebrews 11:1: “Now faith is the assurance of things hoped for, the conviction of things not seen.”

The word “assurance” may not be the best translation. Assurance sounds a bit psychological, subjective, emotive. Most modern translations go with something like along these lines (cf.  “confidence,” NIV, NLT). But the original Greek word is more objective than that. The King James Versions reflects this when it translates with the word “substance.” The original is a compound word comprised of hupo (“under”) and stasis (“to stand”). In Latin it is sub-stantia (i.e. – substantial). Faith lays hold of a physically unseen reality, but one that is guaranteed by the word and character of God. In the immediate surroundings and present moment that promised reality rests on the substantial/objective ground of the individual’s faith. That faith acts in time and space until the actual objective reality of the promise arrives and faith turns to sight. The word was used in the legal world for the “title-deed” to a piece of property. That plot of land became yours in experience when you showed up with the title-deed and laid claim to it. Thus faith takes up the promise of God and holds it forth until possession of the thing promised arrives.

Faith is also a matter of “conviction.” And again the English word sounds rather emotive and subjective (“assurance,” NIV, NLT).  But again, the original is more objective than that. It means something like “proof” or “evidence” (KJV) presented to establish the facts. Thus faith counts on the fact that God will show up in time and space and give objective evidence that “proves” the word He spoke and in which we trusted.

Here then is faith exercising its full Range Of Motion. It is really just the DNA of faith put in motion.

Now would be a great time to pause, reflect, and ask yourself: Do I have true, operative faith?