The RDI of Faith

We’re pursuing a clear understanding of just what faith is and how we can begin to live a life of faith. We’ve considered already the DNA of faith and the ROM of faith. I invite you now to consider the RDI of faith. RDI comes from the world of nutrition and stands for Recommended Dietary Intake. RDI is the “average daily level of intake sufficient to meet the nutrient requirements of nearly all … healthy people” (reference). 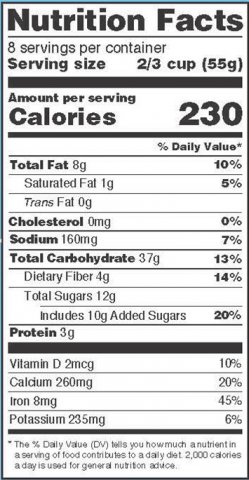 The author of Hebrews sets forth the RDI of faith when he says: “And without faith it is impossible to please him, for whoever would draw near to God must believe that he exists and that he rewards those who seek him” (11:6).

There are four basic requirements for a healthy life of faith.

God must be known.

That is the starting point for faith. But it is not the finish line.

The testimony of Scripture is clear: “. . . those who know your name put their trust in you” (Psalm 9:10). That means that we do not merely believe in that God, but that that God is present (“exists”) here and now. He is present and ready to perform what He has said in all the revelation He has made.

There was one an organized debate between an atheist and a Christian. At a climactic moment the atheist stood, strode to the blackboard behind the podium and wrote: “God is nowhere.”

Thinking he’d won the day and silenced all opposing views he took his seat.

The Christian silently stood, approached the blackboard, and erased a single letter. He rubbed out the “w” and moved it slightly to the left, up close against the “o.” Now the statement read: “God is now here.”

Dr. Vernon Grounds, commenting on the story said, someone should have finished the debate with a couple of periods: “God is. Now. Here.” (reference)

This is how a believing one calculates life and all that it holds. Yes, God must be known.

God must be trusted.

Faith says, “God will do what He has said He will do.” God can be trusted. He will never fail to keep His Word.

The Grammar of God is an interesting book. A woman of Jewish heritage details how her family spent their time (dinners, evenings, unclaimed moments of time) discussing the intricacies of the Hebrew Scriptures (what Christians call the Old Testament). It is all rather amazing when you realize how their entire family life, in fact their entire lives (individually and collectively) were dominated by this kind of careful study and discussion of the text of Scripture. They spent their lives doing Bible study. But about two-thirds of the way through the book the author reveals that she doesn’t believe in God. And not believing in God she can’t approach Him or expect anything out of Him. She says, “I sometimes wish that I believed without a doubt in the idea and ultimate power of God, the way so many of the people I have known believed. If I believed that way, I would most likely believe in reward. I would most likely believe in a next world. Instead, I think the reward of a just life is a just life” (p.140).

We must at least grant her an “A” for her honesty.

Do you believe God is? Now? Here?

And do you believe He can be trusted to do what He has said He will do?

I remind myself and all of us, God will do what He says He will do. Not what I say He said should do.

Also consider that often God’s apparent inactivity has to do with timing. In fact, that was an issue for the folks here in Hebrews 11. There were those who “obtained promises” (v.33, i.e., got what was promised). And there were those who: “died in faith, not having received the things promised” (v.13).

God will do what He has said He will do when He says He’ll do it. Has it ever occurred to you that time is always on the believer’s side?

God must be sought.

This seeking may take many forms, but it must be quiet, personal, prayerful, inward, from the heart. It must be active, moving, obedient, trusting.

Do I seek Him here?

The reason God must be sought is because . . .

God must be pleased.

“And without faith it is impossible to please God . . .”

Let’s be honest, that is often not the reason we seek God. We seek Him not to please Him and not to be found pleasing in His sight. We seek because we are not pleased. We’re not pleased with how He is running our affairs. I want something, need something, desire God to change something. And that so that I can be pleased with my life.

But the fundamental problem, if we believe the “word” God has spoken to us, is that we have not pleased our Creator. Truth is, we are in big trouble with Him.

Why? It had to do with the condition of his heart. We know this because “the Lord had regard for Abel and his offering” (Gen. 4:4). God said to Cain, “If you do well, will you not be accepted? And if you do not do well, sin is crouching at the door. Its desire if for you, but you must rule over it” (Gen. 4:7).

On the other hand consider the example of Enoch: “. . . he was commended as having pleased God” (v.5b).

So the question stands: How can I please God?

The Scripture answer plainly: “without faith it is impossible to please God.” We please God by exercising faith!

God is holy and just. The only person to also be holy and just was Jesus. The Father determined a way that your unholiness and injustice was accrued to Jesus’ account and His holiness and justice was accrued to your account. Jesus died because of your unrighteousness; you live because of His righteousness. “He himself bore our sins in his body on the tree, that we might die to sin and live to righteousness. By his wounds you have been healed” (1 Peter 2:24).

Your first act of faith is to utterly abandon yourself to the Maker of this promise in view of His guarantee. When you do, God the Father will be eternally “pleased” with you. Not because you are good and perfect, but because Jesus is.

Do you believe this?